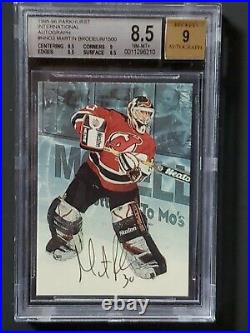 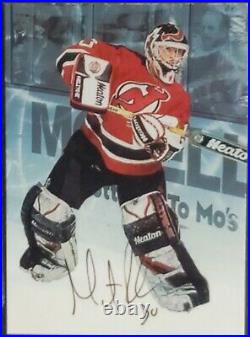 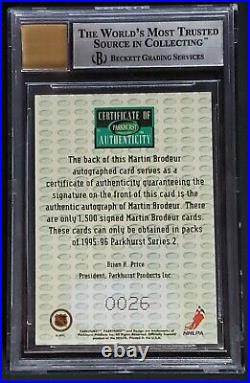 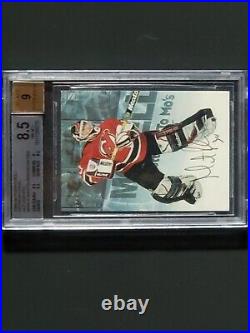 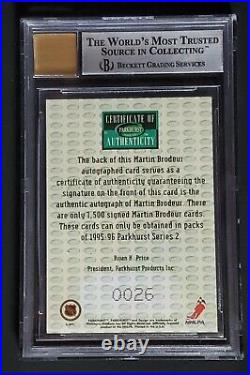 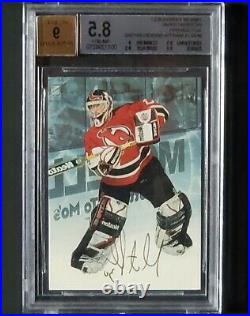 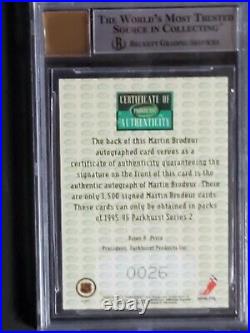 1995/96 MARTIN BRODEUR 1st Autographed Card #26/1500. The Devils and Brodeur won the Stanley Cup in 1995. This is Martin Brodeurs first certified autographed card that you could pull from a pack. Hockey Hall of Fame's Class of 2018. The longtime New Jersey Devils goalie was considered the lock of the 2018 class in his first year of eligibility, and his resume explains why. Originally the 20th overall pick of the 1990 NHL Draft, Brodeur made his debut on the big stage a year later and never looked back, racking up the most wins (691) and shutouts (125) in league history. A four-time Vezina Trophy winner and three-time Hart Trophy nominee whose defense led the Devils to five Eastern Conference titles and a trio of Stanley Cup wins, he'll go down as one of the most steady goalies to ever play the game. The item "1995/96 MARTIN BRODEUR 1st Autographed Card #26/1500 Cup Championship year" is in sale since Saturday, August 7, 2021.