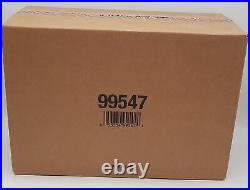 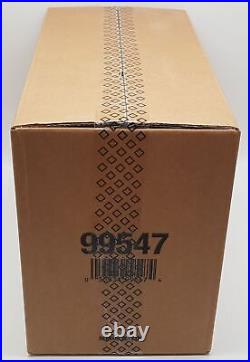 The standard bio and stats are replaced with five categories with which you can play your own Pack Wars game with family, friends and fellow collectors: Overall, Speed, Strength, Skill and Awareness. Collect three exciting new insert sets.

Encounters on Ice: This unique 20-card set highlights some of the top rivalries in the league! Each card features a 2-player image from rival teams. Domains: Featuring many of the league's top Stars, this 30-card set showcases players alongside the country they represent!

Pinpoints: This new 25-card insert set is composed of the top NHL sharp shooters. Look for the Gold parallel to this set! This year's 20th Anniversary set pays homage to the 2001-02 "MVP Watch" design. Collect two (2) 20th Anniversary Cards per Box, on average.

Base Set High Series Star & Rookie SP's - Gold Script Parallel - 1:70. Stated odds reflect an average of the entire production run; no ratio is guaranteed to exist within an individual pack, Box or Case. Your collector's shop for trading card boxes from the USA. Follow us on Instagram collectorscardsde.

For your safety, we guarantee you a 30-day right of return! You can find detailed information on this in the cancellation policy and the general terms and conditions below.

Thats what our customers say. As always, everything is great again?? I'm looking forward to the new offers?