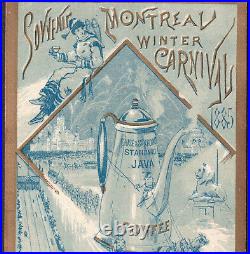 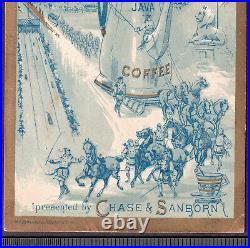 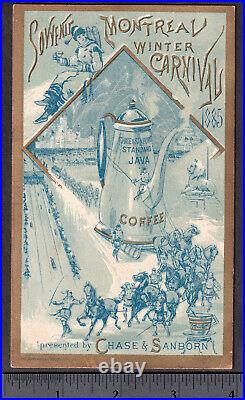 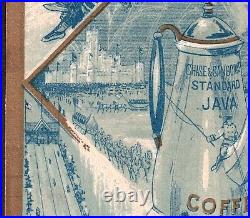 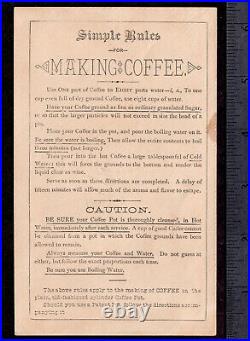 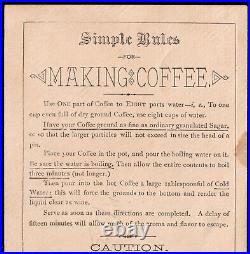 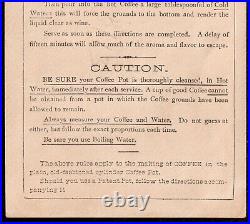 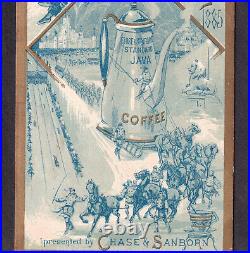 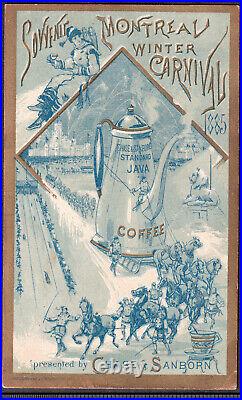 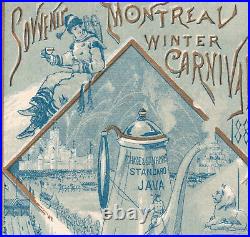 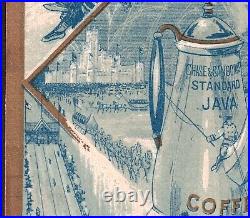 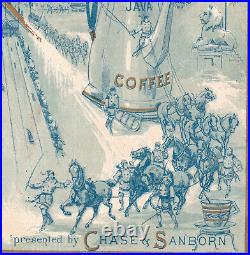 Ice Palace, Snowshoe Lady drinking coffee, American U. Flag, Winter Sports Toboggan Sled Ride. Fantasy exaggeration of the Parade Float feature of Giant C & S Coffee Pot Sled pulled by 9 Horses. An 1800's Winter Olympics type Festival. Wonderful Condition; Coffee, Tea -related Business Advertising. + Over 1,000+ more fabulous antique & vintage cards are currently listed at the Dave Cheadle Card Store. To See More Sport, Sporting, etc. Montreal Winter Carnival - Sports. Were the most prominent aspect of the carnival, most notably. Curling, skating, hockey, snowshoeing, tobogganing and even lacrosse in one year. Tobogganing in particular was heavily emphasized during the Carnival because it was a sport that was not only uniquely Canadian, but also could be the majority of social classes. Women were encouraged to freely participate in tobogganing provided a man was steering (or commanding) the toboggan, and velvet seats in fact could be added in order to increase comfort and make the activity more "feminine". While all social classes could technically find a hill and toboggan, clubs such as the Montreal Toboggan Club maintained a significant separation between themselves and the lower classes. Large slides were constructed, and privatized by the sports clubs that owned them, ensuring that only those wealthy enough could take part. However, during the carnival week, visitors could be guided by club members and were allowed to use the facilities. The highlight of the carnivals were the ice palaces, constructed each year in Dominion Square.

These massive castles were made of over 10,000 blocks of ice and generally around 150 ft in length and were the centerpieces for the festivities. [10] At the climax of Carnival week the ice palace would be site of a great battle, a siege, between "armies" of hundreds of snow-shod soldiers. As the crowds gathered in Dominion Square, the attacking army would approach and arrange in attacking formations outside the castle. The defending soldiers would line the walls and prepare for the oncoming siege. As the battle began, fireworks would be launched both from both armies, and from the walls of the castle.

The spectacular light show was described as a "fairy land, " with the fireworks and burning colored lights turning the sky into a "rainbow hue" that lasted half an hour. O See More Sport, Sporting, etc.

More - Events & Recreation. Condition: - Displays with evidence of aging, flaws and wear, as seen in HUGE scans far above. SEE the above HUGE SCANS to note any and all FLAWS! Size: -- Please see ruler in the scans. All of the Dave Cheadle Card Store cards are Authentic Antiques = 100% Guaranteed Original After over 40 years of collecting , I'm thinning my archives of thousands and thousands of pre-1900 cards. My inventory includes items ranging from common and affordable to one-of-a-kind rarities that I have used to illustrate my over 150 articles that I have published, along with numerous books I've published, including My... Now out-of-print 1996 classic book that helped define the hobby of Victorian Trade Card collecting: VICTORIAN TRADE CARDS HISTORICAL REFERENCE & VALUE GUIDE, by Dave Cheadle. Be sure to subscribe to my STORE NEWSLETTER and to add me to your favorites list!